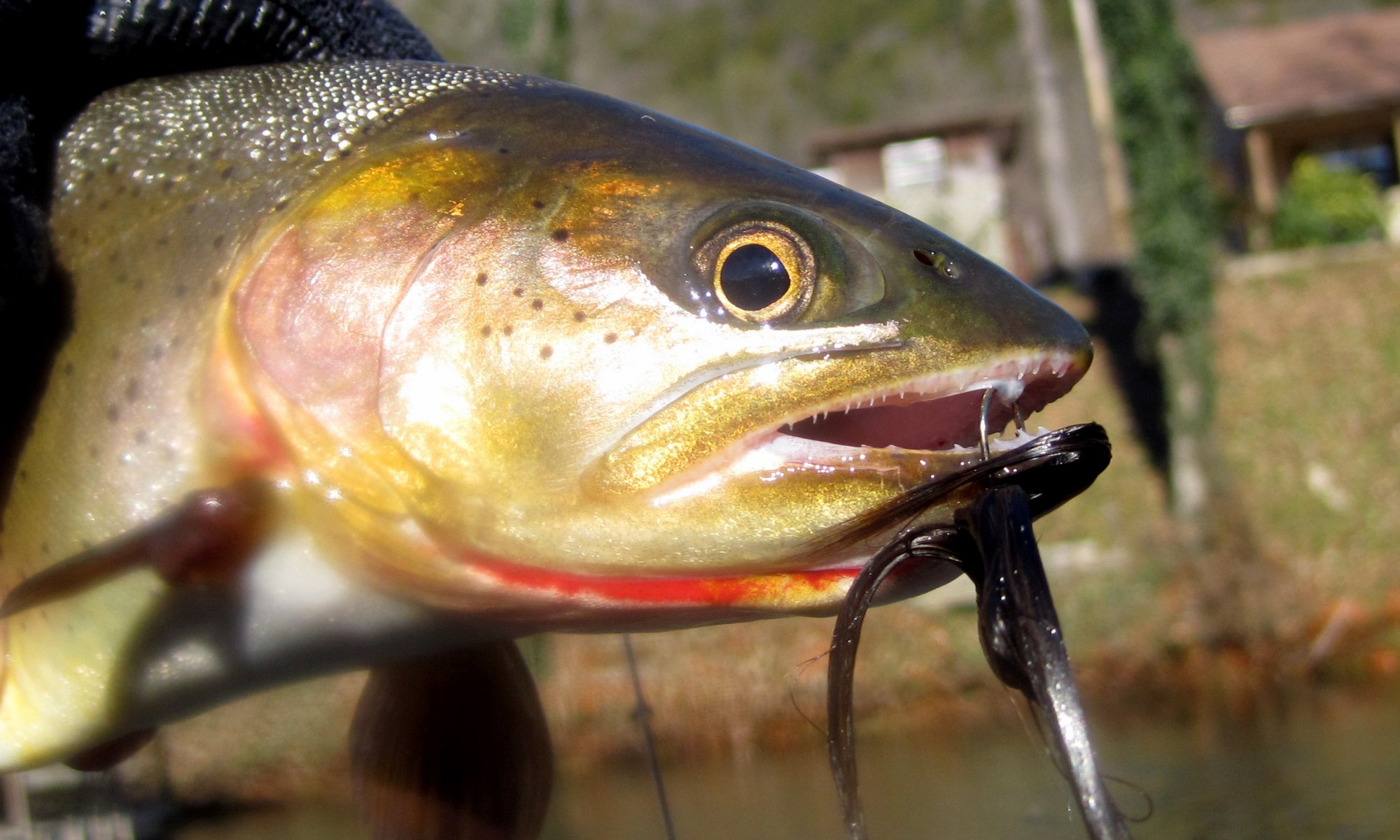 Made the trek over to Mountain Home, AR to fish the Norfork Saturday with a couple fishing buddies.  We were able to catch a Cutthroat, few Browns, and lots of Rainbows.  We used a variety of tackle from flies to jigs to crank baits.

They ended up generating on Saturday morning so we decided to get there at 7am with the boat to try and get a big brown with the high water.  We put the boat in the water and tried to start it and the motor wouldn’t do anything.  The batteries were charged and strong, but the starter wouldn’t turn the fly wheel.  We tore open the top to see if we could find any obvious issues, but we couldn’t find anything.  We came to the conclusion that the water had froze inside the motor with the 22 degree temps.  We ended up leaving the boat on the trailer and parked it.  We then threw some jigs from the bank and boat ramp and caught several Rainbows including one 3lb Bow.  My buddy Rob caught that right on the boat ramp.  I had the best luck on the Dry Run Creek inlet.

After the sun came out. it wasn’t long before the radiant heat freed up the motor.  We launched the boat and headed up to the dam to do work.  We didn’t get any activity up there and finally caught a nice Brown near the docks.  We floated further down around the first bend and Rob caught another nice Brown on a crank bait.  Rob ended up with 3 nice size fish for the trip.  We caught several other fish on marabou jigs in olive, brown, and black.

They stopped generating so we fished until the water was too shallow for the Bass Tracker.  We headed down stream to Bill Ackerman/River Ridge Walk-in Access and had lunch on the deck there before fly fishing this area.  The water was flowing much stronger than we have seen in the past.  Must be the new minimum flow level they are releasing now.  It was probably 6 inches deeper and much swifter than in the past.

We started out at our hot spot, but the fish weren’t responding like we’ve seen in the past.  They were there and active, but we couldn’t find the bug they were keying on.  I could catch one on more than half of the flies I tried, but other than the Rootbeer midge I didn’t catch more than one fish on any given fly. After talking with a few fellow fly fishers we found the fish were keying on the scud in either tan or brown color.  I didn’t have anything other than gray colors.  I was able to get one on the gray, but that was it.

It was one of the rougher outings we’ve had on the Norfork.  We still managed some descent numbers and a few good size fish, but not what we expected  and are used to when fishing the Norfork.  We ended up coming Saturday night to help take care of a sick family member, but since Saturday wasn’t that strong and Sunday’s weather was supposed to be much windier, we weren’t too upset to make the trek back home.

Now I have to figure out how to best tie that scud pattern in a variety of colors.